Sarah Butler (née Coffee) should have been ecstatic.

As a recent nursing school graduate, Sarah had just landed her first job as the new nurse in Dr. George Butterworth's Nantucket practice, a cushy Monday-through-Friday 9-5, a far cry from the nightshifts, weekends and holidays that most first-year nurses endure. But even as she signed the contract for her employment, a secret worry gnawed at her that stood between this Cape Cod native and her future on this island.

It was housing and the question of whether she could afford to live here, even with a salary of over $30 per hour. Why? Because the housing she had found, a room in a house with a shared kitchen and bath, was $1,600 a month, more than 50% of her monthly take-home pay.

"I did the math, and after paying rent, student loans and other bills, I'd have about $50 left over," Sarah explains. So this new nurse who once traveled to Africa to work in orphanages in Liberia and Ghana, and with a deep passion for helping others, was forced to leave the island after only six months in her position.

"She was a great nurse," says Shawn DiPace, Group Project Analyst at the Nantucket Cottage Hospital. "And she left because of housing. That was it. She didn't leave for any other reason but that she couldn't afford it." 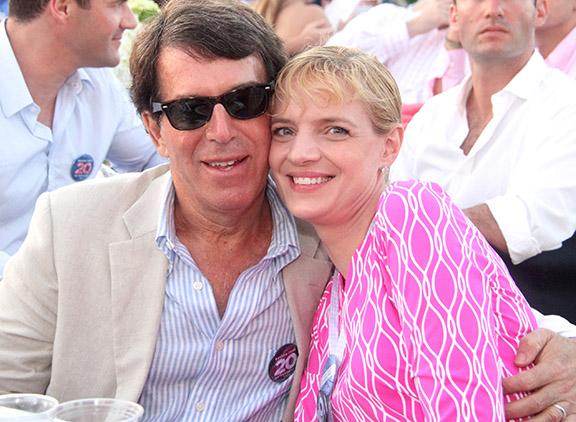 Bruce and Elisabeth Percelay hope to change all this. With their record- breaking donation of $10 million dollars (the largest family donation to a Nantucket non-profit in the history of the island) toward the construction of the new Nantucket Cottage Hospital, the couple plans to pave the way for a new building that will also provide hospital employee housing. "We're trying to let people know that the game has changed," Bruce says to me when I meet with him and his wife in their island home just a few days after the news of their donation was announced. "We've got to build a housing facility."

Next to Bruce is a yellow legal pad and a phone, and his wife Elisabeth tells me he's been on it all day. "As part of this gift, Bruce has agreed to help with the fundraising," Elisabeth says. And with a sprawling network both social and professional, he seems like the perfect person for the job. As the publisher of N Magazine, founder and chairman of the real-estate investment firm The Mount Vernon Company, and owner of two Nantucket boutique hotels -- 76 Main and 21 Broad -- this hefty contribution to the hospital is something so much more personal than just a number.

"This runs deep," Bruce says. Having first come to the island with his family when he was five, Nantucket has always played a tremendous part in his life, and with the recent passing of his father, this donation has come at a very pertinent time. With two young sons of his own, Bruce says, "To tell your little kid that daddy had a role in this, that's what we want."

Continues Elisabeth, "The hospital is what allows us all to be here, because if we didn't have a hospital, not so many people would be eager to spend a summer here or live here. It's so essential, especially with little kids who are going to be in that emergency room more times than I even care to think about right now." She laughs.

"We recognize that building a hospital alone is not enough here," Bruce says. "You cannot attract quality medical personnel by giving them sub-standard housing. The hospital deserves top-flight talent but top-flight talent will not work in an antiquated building and live in antiquated housing. We felt doing one without the other was self-defeating. We said, ok, let's make a meaningful gift, a match and then beyond to get to the point when we can build the building and build a place where people can live in attractive surroundings."

Bruce continues by saying, "Having a great facility for both the hospital and housing, you're going to be able to attract better people, and that will result in better quality of care. It's good for us and it's good for everybody. There's no one who can't benefit from a hospital that's great because you never know when you're going to need it. I don't care what age you are, who you are, or how much money you have. You don't know. I certainly want to know that if something should happen, we can rely on the quality of care that we're going to get here." 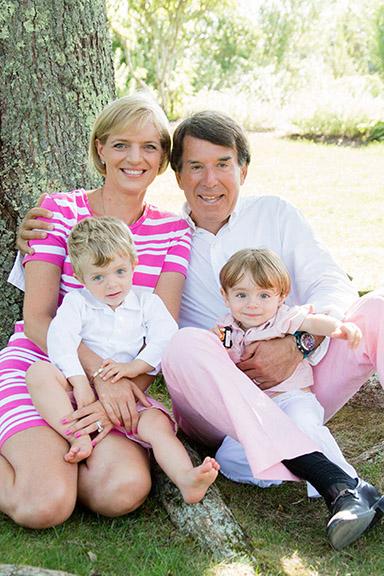 On the hospital-owned land of more than an acre behind Holdgate's Island Laundry, this idea will soon become a reality with the much-needed help of additional funding. "We need more than $10 million -- we need about $30 million more," Bruce says. And not only will hospital housing provide an affordable option for employees -- it will cause a positive ripple effect on the entire housing crisis of this community. "It will take pressure off other housing," Bruce explains. "The hospital currently competes for housing with other folks. And all that does is drive rents up. So if the hospital provides its own housing -- you're talking about 60 to 80 people -- that's a lot."

"Having a healthy, thriving population makes it better for everyone to want to come here, because nobody wants to come to an island if everyone else on the island is miserable," Elisabeth says.

Bruce continues, stating, "You do see that on islands like the Caribbean with the haves and have-nots. It doesn't make for a pleasant experience. And this island is amazing. There are numerous non-profits providing a safety net here. But the population is changing too, and we firmly believe that good health care is needed for everyone, at every time of year."

"This is not a hospital just for summer residents," Elisabeth explains. "This is obviously a year-round facility and it's important that year-round people get the services that they need."

To help me understand the nature of this gift, I ask Jason Graziadei, Public Information Officer of Nantucket Cottage Hospital, to define the use of the term "match" as it applies to the Percelay's generous donation.

"When we say "match" in this case, the spirit of the gift is really that the Percelays hope it will inspire others to contribute a similar amount or more on top of their gift, in order to help us reach the goals beyond raising just the funds for the building," he explains. When asked what the new monetary goal is for the new building, Jason states that number has yet to be defined. 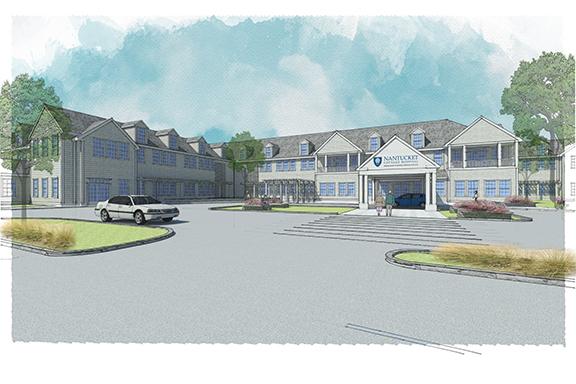 As for those contemplating making a donation large or small, Bruce says, "Time is not our friend, because inflation in construction is making the building more expensive by the day. Had this building been built three years ago, it would have been significantly less expensive than it is today. And it's a one-time ask. Make a donation. Let's get this thing done for everyone's benefit and then it's behind us. We're now at the point where we can see the finish line. It's not right in front of us, but it's close. It's time for everyone to roll up their sleeves and dig deep. For those people who consider this home for a portion of the year, there is no better way to invest in the community than this project, right now."

"This enormously generous gift is important on many levels, not the least of which is that it is coming from a family that has been so involved with the hospital on a personal level," Dr. Margot Hartmann, President and CEO of Nantucket Cottage Hospital stated in an August 15th press release. "It's a game-changer for our campaign for the new hospital that will now allow us to also address other critical initiatives like hospital housing, enhanced programming and services, as well as hard-to-recruit clinical staff."

Construction is scheduled to begin in early 2017, and the hospital will remain open and functional during the process.

In honor of the Percelay's generous donation, a portion of the new building will be named the Percelay Pavilion. "I think Bruce and Elisabeth really understood the importance of the new hospital for the island and the community, but also the realization that once its built we need to be able to fill it with the best people, best programs. We need additional resources above and beyond the original goal that we set out for," Jason explains.

Having given birth to both their boys at Nantucket Cottage Hospital, it's obvious that the Percelays have a deep connection to this place, spending nearly half the year in their Madaket home, and the other six months in Boston. "I could not think of a better place to welcome a new child," Elisabeth smiles, then says, "Bruce didn't want to leave because the food was so good!"

And it's obvious that Bruce relishes the role of doting dad. These days he delights his two and three year old with made-up stories of a friendly Nantucket Whale named Moby, a story his father used to tell to him when he was a boy. And all these stories are built around Nantucket. "When they have kids, they're going to do the same thing," says Bruce, smiling.

"It sort of emphasizes how Nantucket is important to us, and we want our kids to have that same experience, and the same love for the island," Elisabeth says. The couple banter briefly about these stories and Bruce says the plots need to be thought up ahead of time.

"I just make them up as I go," Elisabeth laughs.

"You can't babe, you can't," Bruce laughs back.

One thing is certain. These two are creating the change they wish to see on Nantucket, and creating a better place for us all, a place for continuing tradition, a place for family, a place for wellness and happiness. A place to call home.  Please click through to the Nantucket Cottage Hospital to make a donation.

Rebecca Nimerfroh is a writer and lives with her husband Jonathan on Nantucket year-round. For more of Rebecca's work visit www.rebeccanimerfroh.com.